Everything a business needs to know about solar panels

Contents
What is solar power?
What are solar panels?
Free and Renewable
There are two types
The cost
Maintenance
They don’t always need direct sunlight
Versatile technology

When it comes to your business, there’s one thing it can’t work without – energy.

The energy supply you have is what helps your business run daily. From the transactions on the Eftpos to turning the lights on to start the day, for most daily activities, you require some form of a power source.

Rather than going down the traditional energy route, however, have you ever thought about a more innovative way to power your business? One such approach, which is not only cost-effective but also helps your carbon footprint, is solar power.

What is solar power?

Simply put, solar energy is emitted by the sun. This energy is then captured and converted into electricity that you can use within the home.

It has a wealth of advantages too. Just look at China, whose solar energy was recently revealed to be cheaper than grid electricity. Overall, this shouldn’t be too surprising due to China having 100% more solar panels than any other country.

Although Australia is doing pretty well, as the country’s solar energy could power Singapore within a decade. This is only part of the good solar energy news for Australia, following the announcement that the country recently set a new grid record in July 2019 for renewable energy, including solar.

While the positives of solar energy can be seen, you may wonder what it has to do with your business. Through this much more economically friendly energy source, you can install solar panels to help run your business.

Image sourced from One Step Off The Grid

What are solar panels?

Fitted to the roof of your business, solar panels are what convert the sunlight into the electric current or heat used within your premises.

These are made up of lots of solar cells, which are spread over a large area. The larger the light concentration, the more electricity or heat produced.

It’s certainly a power source worth looking into as a business owner. In the United States of America alone, solar energy currently has enough capacity to power 12.7 million of the 126 million homes there.

So, if you’re thinking of installing solar panels to benefit from solar energy within your business, there are a few things you should know, which are listed below.

The best thing about solar power is that once you’ve had the panels installed, you’re covered. It means you won’t need to spend anything on the electricity that you produce via them. Alongside this, you’ll also reduce your companies carbon footprint, due to the energy being green and renewable, which is also great for the planet.

It’s thought that those that use solar energy save as much as 75 million barrels of oil and 35 million tonnes of carbon dioxide each year.

There are two types

Like most things, there isn’t a one size fits all when it comes to solar panels. There are two types here, the first being photovoltaic panels (solar PV), which work to convert sunlight into electricity. Then, there are solar thermal panels. These work to heat water by absorbing the warmth of the sun, and can be used to heat businesses and even swimming pools.

The one thing many people think about when considering solar panels is the cost. Often considered very costly, it’s the one thing that’ll often put potential buyers off. However, don’t let the cost instantly stop you from investing.

While they can be expensive when first installed, you can usually opt for payback plans to help bring the cost down for monthly payments. Meanwhile, as technology advances and more and more people have them installed, the prices should also come down. Also, let’s not forget the long-term investment. While they may seem expensive, the amount you’ll save on energy prices over the years will easily ensure the panels pay for themselves long term.

With big power retailers recording record profits year after year, not even government regulation can ease the electricity prices on the rising. Investing in solar panels is one way your business can combat the ongoing rise in power prices.

Here’s something you probably don’t know about solar panels: they are extremely low maintenance. In fact, once they’ve been installed, there’s almost no maintenance required at all.

One thing you will have to do is to ensure they’re not shaded, and that they’re clean, in order to make the most of them. If your roof happens to be tilted, the maintenance above will be even less, as any rainfall will help to remove dirt. However, this won’t be the case in the driest of months.

They also have a long lifespan and carry a standard 25-year warranty, but will usually last 30 to 40 years.

It’s actually a huge misconception that they’ll only work in bright sunlight, as they’ll work during winter and on days when there are clouds in the sky. However, when it comes to night time, electricity can’t be produced.

The best bit about solar energy panels is that they can be used almost everywhere. No matter the type of building you have, you’ll most likely be able to stick a solar panel to it.

From smartphone chargers to solar blinds and even cars and boats, the whole world seems to be moving into the world of solar energy.

When it comes to energy, it’s something none of us can live without, no matter how hard we try. But, one of the most significant issues we all face is the cost of it, and, as you can see, solar power panels are a way around this, helping you to become independent in your creation and consumption of energy, while also reducing your business carbon footprint and helping the planet.

It seems like a no brainer really, which is why getting in touch with a company that can install solar panels to your business is something you really should consider – whether you’ve just moved in or if you’ve been there for some time now. 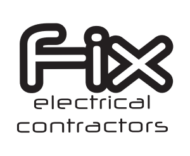 Fix Electrical Contractors are a fully licensed and professional electrical services business. Our team service residents and business across Penrith & The Blue Mountains